We are proud to showcase PGA Tour Player Jim Herman.

Jim won his third PGA Tour event on August 16th, 2020 as he took the Wyndham Championship!  This huge win, was a record setting performance, as Jim went from 194 place to  #54 on the Fed Ex Cup Standings!   The 2021 season has now begun, and as a 2020 winner, Jim was invited to play at the Sentry Tournament of Champions, however Jimi was not  feeling well, and was not able to play in the Sentry Tournament of Champions.  However, he felt well enough to play and make the cut at the Sony Open!  He now prepares for February as he gets his game fine tuned and ready for the  spring season and for the Aprils 2021 Masters!     Stay tuned, and Go Hermie!

We invite you to follow him on Twitter (@GoHermie) and on Instagram (@jimhermangolf) as well as (@GoHermiePGA)  and for added fun, go to Twitter (@POTUSBallMarker) to see what presidential coin Jim uses for select tournaments! 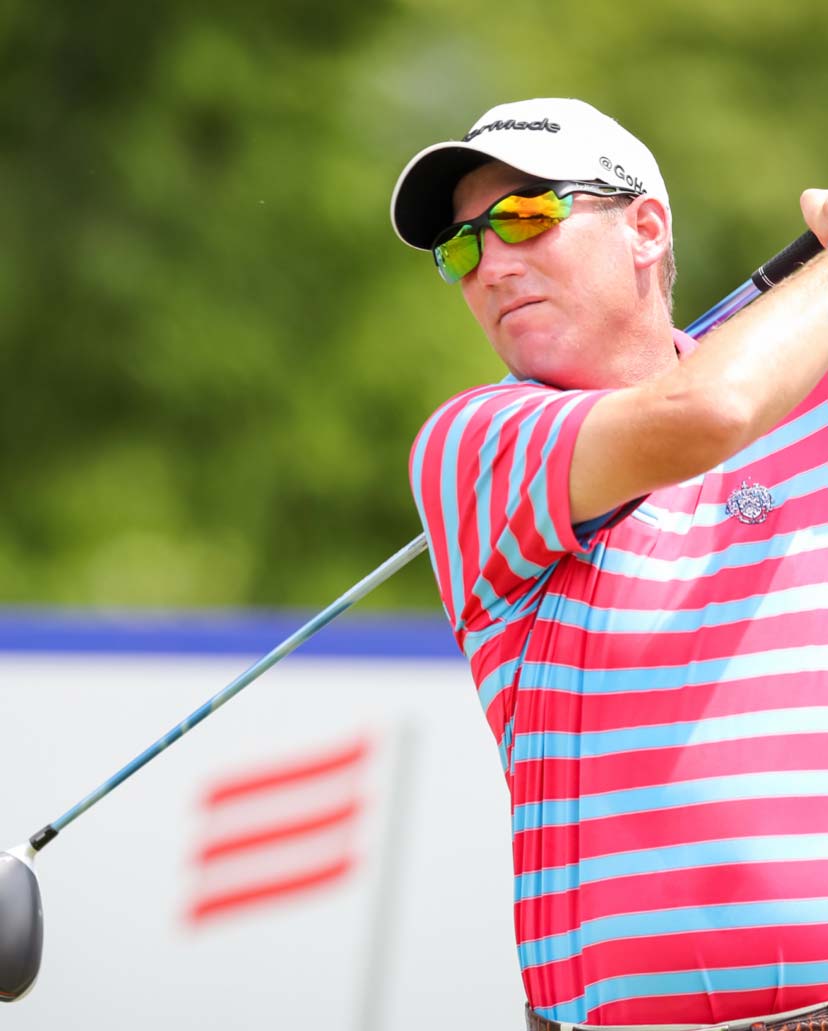 Jim is from Cincinnati Ohio, and played high school golf at St. Xavier High School. He then played college golf at the University of Cincinnati. He became a PGA Tour Professional in 2000. He began using the best tee on the planet in 2009, and we will never forget the phone call when he explained why he liked our tee, and he was extremely kind when a T4L family member was experiencing breast cancer. He used our pink Pro Launcher Tee to give additional focus to breast cancer awareness. Jim uses an assortment of tee colors at his pro events. The common colors he uses are black, red, pink, green and of course white! In 2010 Jim won the Moonah Classic in Australia, his first Nationwide Tour event victory! Then on April 3, 2016, he recorded his first PGA Tour victory at the Shell Houston Open, and for those of us who were not there in person, but who were watching on our Televisions, many of us held our breath and then yelled loudly when he made the 2 putt par to secure the victory. Then on July 21, 2019, Jim won the Barbasol Championship, making him a multi PGA Tour Winner. This helps Jim secure his PGA Tour card through the 2021 season, and grants him entry to the 2020 Players Championship, PGA Championship. Jim wins the Wyndham Championship on August 16, 2020 for his 3rd PGA Tour Victory! (3 wins over the last 4 year) With an incredible 61, 64 on the weekend to jump into #54 spot of the Fed Ex Race!  Please visit our Jim Herman Golf page often for updates! Go Hermie!